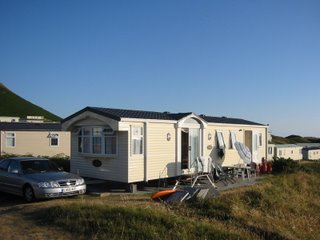 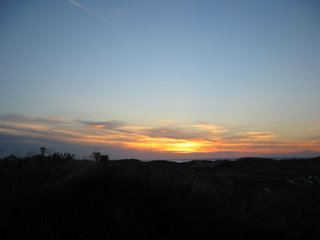 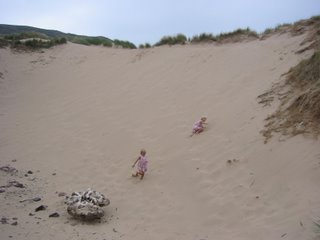 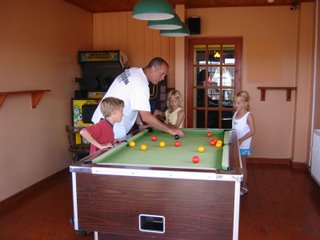 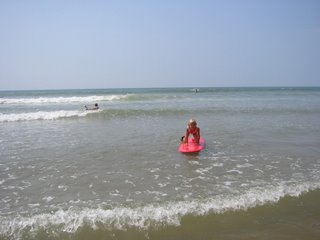 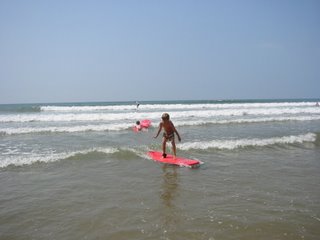 After Crete we briefly returned to Stockholm to enjoy some of the fantastic weather which was a fairly steady phenomena all across Sweden through June, July and most of August. But duty called upon us to venture to Wales for a visit to our new "caravan" and some surfing.

The location we operate from is on the Gower Penisula, which just celebrated its 50th anniversary as the first place in the UK to be named a place of outstanding beauty. While some of the photos may not adequately convey its splendor, I assure you it is breathtaking.

The first photo, as you may have guessed, is the controversial "caravan". Also known as the trailer, that thing, and a host of unmentionables, it served us well during our two weeks there.

The initial journey was the kids and myself, sans Sofia. After traveling to Heathrow, Paddington, and then Swansea we darted off in our rental car as my brain tried to again adjust to narrow lanes and being on what is frankly, the wrong side of the road.

The weather had been sunny until we got to Swansea were there was some cloud cover. But upon reaching the beginning of the Gower penisula, the rain began. So as I fumbled around looking for the windshield washers, face pressed next to the glass, dodging the occasional sheep and cow, enjoying the lively traffic hand gestures the Welsh give special enthusiasm to, I began to contemplate two rainy weeks in 400 square feet of aluminum with three energetic 6-year olds.

With this thought in mind, I pulled into a Tesco and filled a shopping cart with a startling quantity of beer, wine, cider, scotch and a random bottle of vodka. Nick Cage in "Leaving Las Vegas" would have been telling me to stop. Along the way I cheerily added a few frozen pizzas and snack with which to bribe my young tribal travel companions.

My arsenal thus acquired, I returned to the road for the final white-knuckled few miles. "Why white-knuckled"? you might ask. When the mirrors on either side of your car are within a few inches of the hedge, and encounters with surfers traveling rapidly in the opposite direction are frequent, the grip on the steering wheel approaches a force equal to the weight of the car squared, times the number of children screaming.

In spite of some interesting motorized physics experiments, we arrived, stirred but not shaken.

The rain continued to fall as I called Sofia, who at that junture was probably having to surpress her laughter with a large pillow. The weather in Sweden was great I was informed, and with that she wished me the best of times (Very cruel) and was off to enjoy her solitude. During a subsequent call to my Welsh friend Steve, I was encouraged to believe that the weather was, in fact, temporary. Given a dozen prior journeys to Wales, doubt was my constant companion.

Yet, in the morning the clouds had parted and the sun was shining. Blazing in fact. Once the kids were up and dressed I gave them a tour of the grounds. They loved the playground, the sand dunes, the beach and most of all the store at the top of the hill, and its endless supply of candy.

That afternoon we took an extended walk on the beach during which the kids tossed at least fifty starfish back into the water that had been washed ashore in a storm. When Erika ran up to me holding only a dismembered starfish leg; inquiring about its likely survival, I realized it was probably time to head home.

Showing that grit for which I am famous, I asked the kids if they wanted to go to the restaurant in the caravan park for pizza. They graciously agreed.

After our culinary outing, the kids settled in for a movie and I, in turn, for a beer. We were content.

The short version (for which I'm sure you're thankful) is that we had amazingly cloudless skies during the entire trip. Temperatures approached and breached records on several of the days we were there and we went through two bottles of sunblock inside of five days. Sofia arrived at the end of the first week and despite some initial misgivings ended up having a great time. We all enjoyed it so much that next year we are going for three weeks. Best of all - every one was consistently getting up on their surfboard by the time we left.

The balance of the photos...

2) Sunset from our patio
3) Erika and Alex enjoying one of the seemingly endless sand dunes
4) Dad showing the kids the finer points of billiards
5) Alex about to surf
6) Karl riding away
Posted by Test at 6:34 AM

I like to get up early to go out and breathe fresh air. I feel that it is good for health and a good habit
19216811ll.com

it’s like getting a true image of all the functions and activities happening in an organization. It lets you know if you’re making money on the work you’re doing or burning through cash. time tracking tool