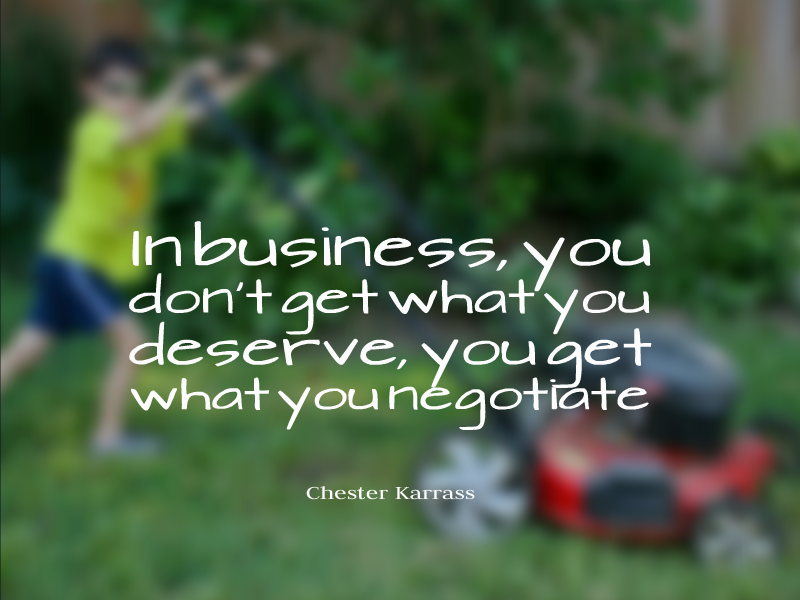 What a powerful story. I love the wisdom here: "By asking for what you want you have a much better chance of getting it. If you're willing to walk because the other party won't acquiesce, you chances are even better."

Thanks Skip. One of many lessons provided by my father. :-)

Lawns... let the grass grow :) I prefer making hay while the sun shines. Thankyou for your wisdom.

I couldn't and wouldn't ever fire my dad.

He has taught me well all of my life. He has ingrained in me the values of good society.

He has almost always out-competed me at sport. He is my hero and always will be.

AND, I hope, that one day my kids will feel the same about me.

I realize that nothing is fair but I'm still trying. I just want to do my best and what is possible
povaup

AvriqPrinter RepairPrinter InstalltionWifi trouble shooting
Software InstalltionYou did really good work. I really appreciate your new and different post. Please guys keep it up and share with us some unique post in the future
Virus removal


Movers and packers in mohali