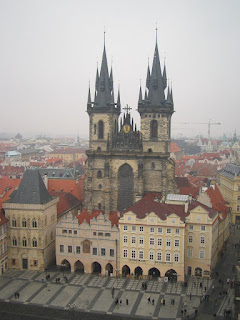 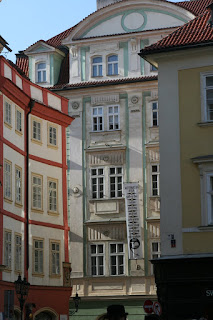 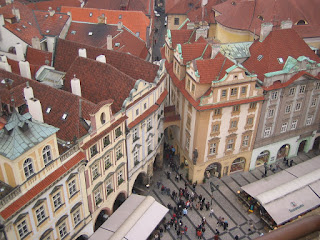 Last month my very good friend Steve and I descended upon Prague to celebrate his 50th birthday. It was widely expected to be a long weekend of incessant liver damaging behavior. While we did happen upon that periodically in our agenda, we spent a tremendous amount of time in museums, cultural exhibits and even a couple of chamber music concerts (which I was prescient enough to photograph to provide evidence to unbelievers).

For those who have never been - GO! Prague is truly a treasure. My one caveat - go in the winter if possible. It was still somewhat busy, but having previously visited in October when it was measurably busier, I imagine summer is pretty unbearably crowded.

In any event, here are a few photos to give you some flavor of the city.
Posted by Test at 6:49 AM

Christmas has come and New Year is coming. One of the things I will do next year is to follow your new posts. It's because they provide what I need. Your articles are informative and great. Stay healthy and write more posts. Thanks
Short Ride games online || Kindergarten Dress Up games for girls || Moto X3M 2 best games for kids